Find Her Story ~ by Paige Martin

Find Her Story in the Library

March brings us to Women’s History Month on the heels of Black History Month in February. This month at Westfield we have continued to share stories that celebrate the diversity of America and the women who have helped and are still helping to shape our world.

It’s important to me to share books all year round, not only in march, that celebrate stories of women who soar through the sky, navigate the stars, swim with sharks, dig up dinosaur bones, code computers, paint portraits, design buildings, solve mathematical equations to send rockets into space, construct monuments, sew dresses, write bestsellers, sing and dance across stages, lead nations, fight for the right to vote, and stand up for all that is good and right in the world.

Below are a few of my favorites, most of which I have shared with WFS students throughout this past month during our Monday Morning Gathering, buddy time with the younger students, or as a classroom read-aloud. Sharing these stories with Westfield students is one of my favorite things I get to do as a teacher, and I hope you love them just as much as I do! 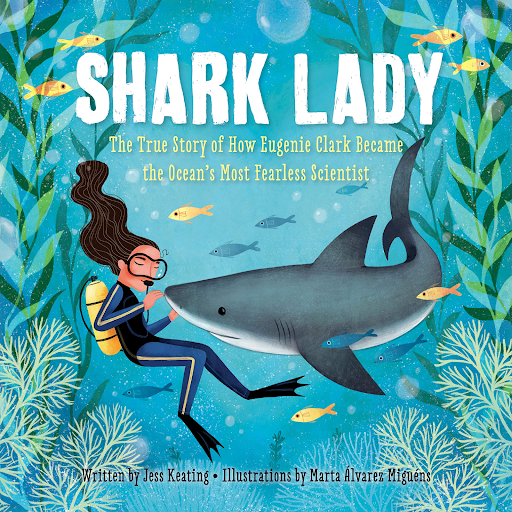 An advocate for these big fish of the sea, Eugenie Clark fought to debunk the myth that sharks are mindless killers. Eugenie was once the only student of Japanese descent in her schools growing up. Despite being told that women were not smart enough to be scientists, she would defy and inspire when she went on to make countless discoveries earning her the nickname “Shark Lady”.

This is an absolutely beautiful picture book based on a true story about Malala, written by Malala. When she was a child, she used to watch a tv show called Shaka Laka Boom Boom. It was about a boy who could make anything he drew come to reality with his magic pencil. If he was hungry he drew a bowl of curry, and it appeared. If he was in danger, he drew a police officer. As a child, Malala wished she too had a magic pencil. Now she understands when you find your voice, every pencil can be magic. Magic lies within each person, in their words, in their voice. I think this book is so powerful for teaching children to speak up for themselves and stand up for what's right. 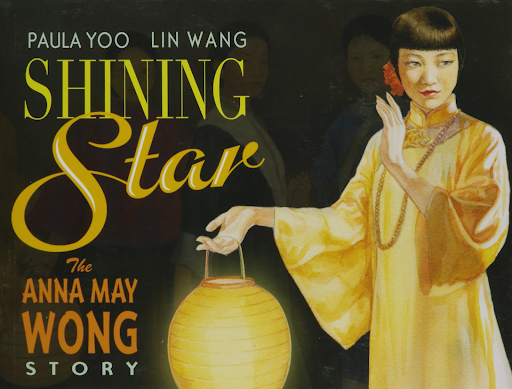 Shining Star follows Anna May Wong’s dream of becoming an actress in 1930s Hollywood. Time and again she found herself winning small roles in films that perpetuated stereotypes of Asians and were often made to portray caricatures of white Americans’ ideas of Asian people. Although racism towards Asians was prevalent in the film industry, Wong persevered and ultimately began to crusade for the Asian American community in ways that allowed her to reclaim her Chinese identity and earn roles that she felt were more authentic to who she was and the community she represented. It can feel hopeless when we see tragic news of hate crimes and discrimination faced by Asian Americans but the smallest things can make a difference. Something I often tell my students is “Do what you can, right where you are.” As a teacher, one of the things I can do is build my library collection and share stories of Asian Americans.

Mae Among the Stars

When Little Mae was a child, she dreamed of dancing in space. She imagined herself surrounded by billions of stars, floating, gliding, and discovering. She wanted to be an astronaut. Her mom told her, "If you believe it, and work hard for it, anything is possible." Little Mae's curiosity, intelligence, and determination, matched with her parents' encouraging words, paved the way for her incredible success at NASA as the first African American woman to travel in space. This book helps inspire other young girls to reach for the stars, aspire for the impossible, and to persist with childlike imagination.

At the Mountain’s Base is the fictional story of a Cherokee family residing in a cabin at the base of a mountain where they wait and worry about one of their own – a daughter, a niece, an aunt, a sister, a granddaughter – a pilot serving in combat; praying for her safe return. Although the story is fictional, the author’s note states that this story could be that of so many Native American women who serve in the military and defend and protect us in times of war; women like Ola Mildred “Millie” Rexroat – the only Native American woman to serve as a pilot in World War II. When stories of women are shared during this month of March, it is important to remember to share the stories of Native women too. Their contributions are not just something of the past; they are serving here and now.

Planting Stories: The Life of Librarian and Storyteller Pura Belpré

Planting Stories is the story of Pura Belpré, the first Latina to work at the New York Public Library. She was born in Puerto Rico and infused her heritage into her work at the library. This book about her life is so beautiful and made me so grateful for Pura and the enormous strides she made for the inclusion of Spanish language and Latinx materials in libraries.

This brilliant book tells the story of Katherine Johnson, whose exceptional intelligence and enquiring mind saw her skip three years at school, before becoming a teacher herself and (eventually) working at NASA, initially as a ‘computer’ and later, on Project Apollo, sending Apollo 11 to the moon and bringing the fated Apollo 13 safely back from space. On the way, she faced sexism and racism at every turn, using her unswerving tenacity and determination to get to where she wanted - needed - to be. One of the best read-alouds to begin a discussion on perseverance. I am absolutely amazed by Katherine Johnson every time I read it.

At 16, June Almeida, with no savings for college, had to leave school and join the workforce to help her family financially. With top honors in her high school science courses and a passion for biology, she got a job in a lab at the local hospital. By 1964, June, an avid photographer, combined her hobby and her work to be the first person ever to discover a coronavirus. All those years ago, the work Almeida was doing then helped scientists today do their work to study COVID-19 and work to create a vaccine to protect us from it. I am so thankful for science and so thankful for June!

The Oldest Student is the amazing story of Mary Walker who learned to read at the age of 116! Born enslaved, freed at age 15, and then working her whole life, Mary Walker was forbidden the opportunity to learn to read. At the age of 116, she went back to school and became the nation's 'Oldest Student’. My favorite detail of the book is how the text in the illustrations moves from squiggles to words when she becomes a reader.

Written and Illustrated by Young-Ji Cho

This story highlights the life and career of artist Yayoi Kusama. Her story shows kids the sacrifices people make to pursue their passions. From a young age, Kusama found refuge in art - a means of escaping the pain of the world around her and the pain in her own home. Throughout her adult life, she used art as therapy, as freedom, as expression. Art is so much more than a hobby for many like Kusama, and after reading this book with my students I love having a discussion about how they can see in themselves a similar hunger to live and breathe their passions whatever they may be.

Gertrude Ederle was the first female to ever successfully swim the English Channel. She did it, in 14 hours and 39 minutes, faster than the fastest man on record by two hours! The book is awesome, with loads of tidbits about her life before the event as well as during - like how she was able to get food and drink during her journey, how she swam through debris and jellyfish. Trudy's swim is noted as being "one of the defining moments in women's sports history" and would act as "an indicator of change in the lives of American women". Trudy's strength, dedication, and perseverance make her a hero to all.