Westfield Friends, the school we all know and love, needs your commitment to supporting our vision of what the future can hold for our young children. Your gift makes possible the foundations for life our school lays for its students: lifelong love of learning, strong sense of self, socially engaged global citizenship, compassion, critical thinking, and meaningful relationships.

As a school that was founded on the philanthropy of Quakers, over 230 years ago, we strive to nurture this culture of giving by allowing you various opportunities to invest in the School's present and future welfare. Today, the tradition of giving to Westfield Friends School helps us maintain our unique identity as a community-based Quaker school. Additionally, giving allows alumni, family members, and friends a meaningful way to stay engaged with the mission of our School.

Below, are all the different ways that our Westfield community can support our School.

The Fund for Westfield Friends School

GIVING TUESDAY Gift to the Fund for Westfield Friends School

Every year, on Giving Tuesday, millions of people are mobilized across the globe to give back to their communities. The goal is to create a massive wave of generosity that lasts well beyond that day, and touches every person on the planet. Plan to join in the global movement that celebrates and encourages giving after Black Friday and Cyber Monday.

William C. Probsting passed away Monday, September 20th, 2021. To his many students and their parents, he served as principal of Westfield Friends School from 1974-2013. He and his family were longtime residents of Riverton, NJ. His grandmother and great aunt both attended Westfield Friends in the 19th century. His family helped him keep the school in operation after a devastating fire in 1977.

Westfield alums remember cutting Christmas trees with Mr. Probsting. They attribute to him their love of art. As he shared his passion for history and current events, students came to understand the world beyond their South Jersey home. He led the school through a period of growth and strength where school lore holds that families would call him to ask to reserve a spot in the PreK for their newborn child. He helped the faculty create programs that remain beloved within the program today, including the Buddies Program, Monday Gathering, Looking at Art, Quaker Fridays, and Meeting for Singing. He foresaw the importance of hands-on science for Middle School students and the readiness of Kindergarten students for formal instruction in reading and writing. He believed every student should grow in comfort with public speaking through regular performances in plays and opportunities for giving speeches.

Most importantly, Mr. Probsting lived his Quaker belief that every person has that of God within them -- that every person is an expression of the Divine. Alums know that he sought to cultivate their gifts. Further, he knew within himself that his role was to nurture that of God from within himself in service to the Westfield Friends community. Everyone always felt loved, seen, and known by him. Generous in spirit, Mr. Probsting always put others first. He epitomized the servant leader.

Set apart from the the Fund for Westfield Friends School, consider attending and giving to our annual Golf Event and A Taste of Our Towns restaurant event. These are times for our Westfield community to come together in support of the School's Responsive Tuition Program, which is designed to remove tuition as a barrier to families considering our school.

Legacy gifts and planned giving are a lasting way to show your commitment to Westfield’s future and mission. These provide a permanent source of funds for employee compensation and tuition assistance. An outright bequest naming Westfield Friends School as a beneficiary in your will is one type of legacy gift, others include charitable gift annuities, life insurance policies, remainder trusts, appreciated securities (stocks, bonds, or mutual fund shares), and additional kinds of deferred giving. Planned gifts are designed to help donors enhance their tax planning, investment objectives, and retirement needs. Please consult with your financial advisor, tax consultant or attorney and let us know of your intentions to support Westfield through a planned gift.
The majestic Copper Beech tree that graced Westfield Friends School’s campus became a natural symbol of the school. Westfield’s literary publication was named The Copper Beech because the tree represents learning, understanding, nurturance, protection, and the preservation of written knowledge.

Westfield Friends School recognizes those who preserve, protect, and nurture the school by including Westfield in their planned giving by including them in the Copper Beech Circle. Donors who commit to Westfield with a planned gift today, help the school nurture learning and understanding for our children, grandchildren, and future generations.


Speak to your financial professional for more information or to learn more about your options, please contact Mimi Blackwell, Director of Philanthropic Services at Friends Fiduciary. (tel: 267-886-1982 | email: [email protected])

Westfield Friends welcomes donations of goods, services, and equipment that support the school. Please contact the Head of School to inquire about current needs that the school may have. A tax deduction letter will be sent to the individual or corporation making the in-kind donation.

Shop at AmazonSmile using your Amazon Shopping App* or your computer's browser, and Amazon makes a donation to Westfield Friends School (under Philadelphia Yearly Meeting of Friends).  Amazon will give 0.5% of purchases made through our Philadelphia Yearly Meeting of Friends unique AmazonSmile link to the school. There’s nothing more to it than that! Browse, shop, and purchase as you have always done, with no added cost to you.
Use this link to connect directly in support of our school and start shopping! 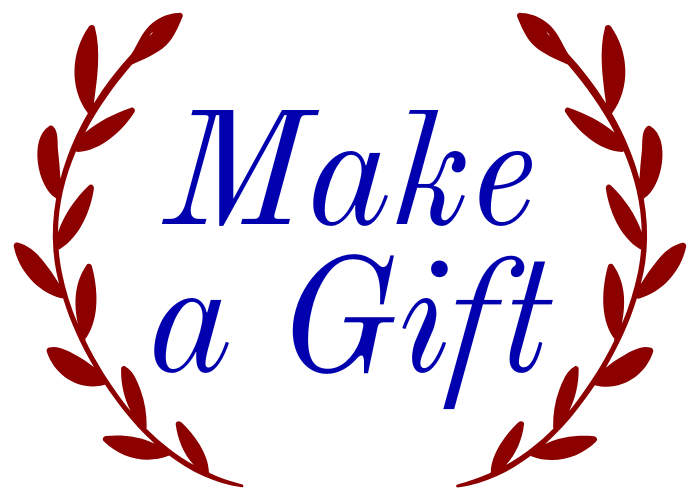 "I give so my daughter can continue to experience this nurturing and kind community as I did growing up there."
"Westfield has touched and is touching almost all of my family at one time or the other. Thank you"
"I got a WONDERFUL education at Westfield, and would like to help other kids get the same"
"The values the school instilled in me have informed my progressive values and bias towards social justice."
"Westfield has a diverse student population and is committed to increasing that. I am impressed by how well the students are supported -how relaxed and at ease they seem. My granddaughter enjoyed it!"
"I can’t imagine our lives without Westfield. The staff and community has provided a solid education and foundation for my daughter."
"Westfield is a fantastic organization, full of devoted and caring professionals."
"I gave because Quaker education was a catalyst in my academic career."
"We give to Westfield Friends School because we are impressed with the dedication of the teachers and staff and want to support the mission of the school."
"Westfield is very special to us and our children."
"I give because both our sons had a wonderful ten years there."
"Honoring the small Friends Schools and with a tribute to the leadership of Margaret and the School Committee"
"Love Westfield always.My education at Westfield made me a better person."
"Glad to give back to WFS since I went there and graduated in 1965."
"We love Westfield and the amazing care and education our daughter has experienced. Thank you."
"Thanks for teaching me how to think--and for continuing to do that for the next 63 years for other kids."